A decade after "Mamma Mia!" sang and danced its way into the hearts of audiences around the world, the film's original cast is back for an all-new musical based on the songs of ABBA. Oscar® winner Meryl Streep reprises her role as Donna with Amanda Seyfried once again playing her daughter Sophie. Pierce Brosnan, Stellan Skarsgård and Oscar® winner Colin Firth return as Sophie's three possible dads – Sam, Bill and Harry. Jumping back and forth in time, "Mamma Mia! Here We Go Again" reveals how the events and relationships in Donna’s past continue to affect the present. Lily James ("Cinderella") plays young Donna, while Jeremy Irvine ("Fallen"), Josh Dylan ("Allied") and Hugh Skinner ("Kill Your Friends") portray the younger versions of Sam, Bill and Harry respectively. The sequel is written and directed by Ol Parker (writer of "The Best Exotic Marigold Hotel") from a story by Catherine Johnson, Richard Curtis and Parker. 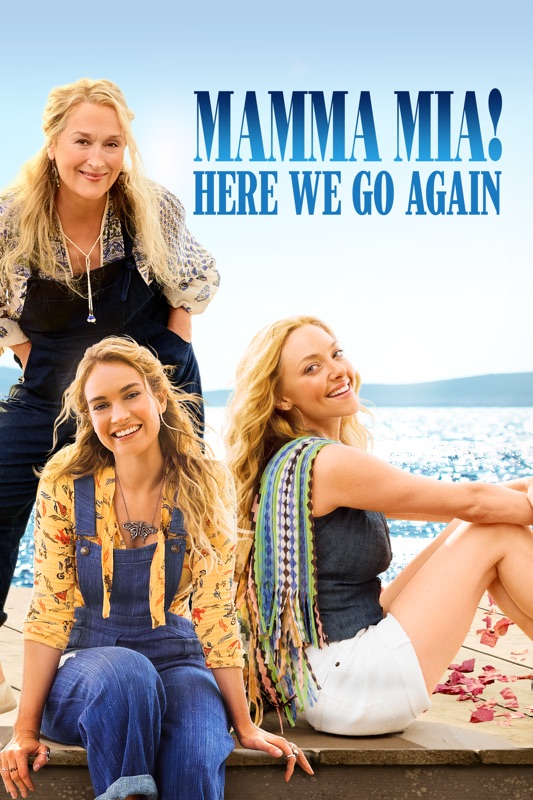