Live Around the World

Since their first appearance together in 2009 when Queen members Brian May and Roger Taylor appeared as guests on the finale of the eighth season of American Idol on which Adam Lambert was a contestant, the combination of Queen + Adam Lambert has gone from strength to strength becoming one of the world’s biggest drawing touring bands. Their most recent tour of Oceania saw them selling out to massive audiences, with a single show at Sydney’s ANZ stadium drawing a record crowd of over 60,000. To date the band has played to a worldwide audience approaching 4 million. Queen + Adam Lambert Live Around The World presents a compilation of concert highlights captured the world over personally selected by Taylor, May and Lambert from over 200 shows they have performed with several featured here becoming available for the very first time. The performances cover concerts from Rock in Rio, Lisbon, to the UK’s Isle of Wight Festival, Summer Sonic, Japan, selected UK and North America tour dates, and – from one of their very last performances before lockdown – the Fire Fight Australia benefit show in which they performed Queen’s original history-making 1985 Live Aid set in full: Bohemian Rhapsody, Radio Ga Ga, Hammer To Fall, Crazy Little Thing Called Love, We Will Rock You and We are The Champions. 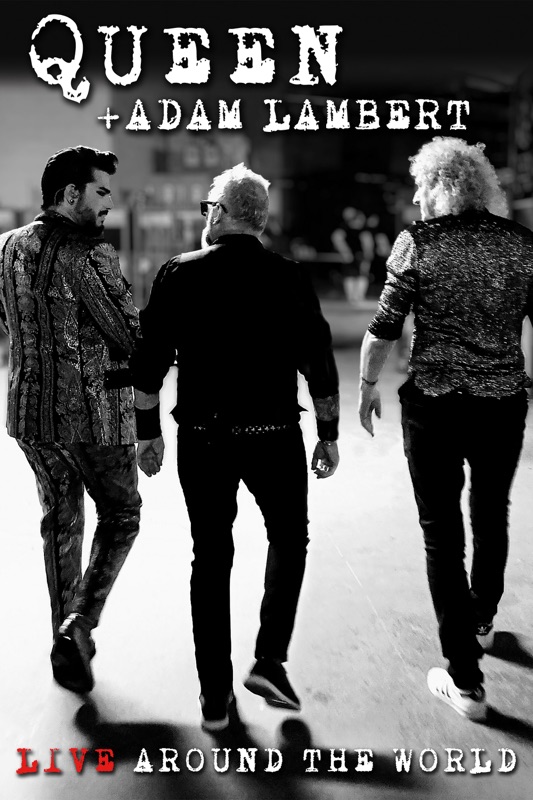