In 1964, The Who became one of the key figures of the British Invasion, taking the American music scene by storm. While Roger Daltrey, Pete Townsend and Keith Moon took the spotlight with their on stage antics, John Entwistle, stood in the shadows poised to become the biggest bass player in rock and roll. In 2002, after years of touring his solo project the John Entwistle Band, Entwistle couldn't resist the lure of bringing back one of the greatest bands in rock and roll history. Tragically, plans for The Who's North American Reunion Tour were cut short when on the eve of the first show John was found dead in his Las Vegas hotel room. "The Ox," as Entwistle was affectionately known, left behind many fans and several unfinished projects. With his passing, the world lost a musical legend, dubbed Guitar Magazine's "Bassist of the Millennium." Narrated by Peter Frampton, John Entwistle: An Ox's Tale covers the life of John Entwistle, from his first public performance at the age of 14 to his feelings about The Who's most recent reunion. This "special directors edition" contains excerpts from Pete Townshend's 3-hour conversation with Entwistle's drummer and close friend Steve Luongo. 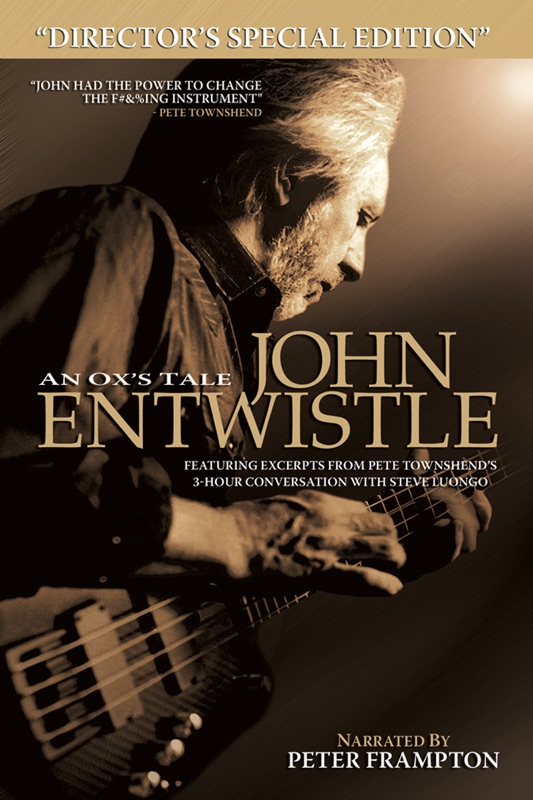