The Upsetter: The Life and Music of Lee Scratch Perry

The Upsetter tells the fascinating story of Lee Scratch Perry a visionary musician and artist from poor rural Jamaica who journeyed to the big city of Kingston in the late 1950’s with dreams of making it in the burgeoning record industry. He burst upon the scene with a brand new sound, inventing a genre of music that would come to be called Reggae, discovering a young Bob Marley and gaining international recognition as a record producer and solo artist. Soon he was being called upon by artists as diverse as The Clash and Paul McCartney to provide his unique sound. In the 1970’s he constructed his own recording studio in his backyard; The Black Ark became a hotbed for the production of Reggae and Dub music and made Scratch quite wealthy and famous. But meanwhile Jamaica was at war and politicians pitted gangsters against each other causing havoc throughout the big city. In the chaos that ensued the gangsters and the police both extorted Scratch for unknown amounts of money, threatening his life on many occasions. Despite the disruption Scratch and a Rastafarian band called The Congos managed to complete the album that would be considered by historians his single greatest artistic statement. But surprisingly Scratch’s label Island Records refused to release it, believing it to be too experimental for mainstream taste. And then to make matters worse Scratch’s wife and the mother of his children left him for another musician. The Black Ark mysteriously burned to the ground. In the 1980’s Scratch fled Jamaica for England where he sunk into a decade long depression fueled by alcohol and drugs. He spent the 1990’s in relative obscurity, putting his life back together piece by piece, remarrying and moving to Switzerland to raise a new Swiss family, at the same time abandoning his old Jamaican one. Then in 2006, at 70 years of age, Scratch triumphantly embarked on a world tour as a solo artist, performing sold out shows in the US, UK, Russia, Brazil, Japan, New Zealand, to name just a few. His newfound sobriety and lust for life is on display in the exclusive interview that forms the backbone of the Upsetter, the definitive story of Lee Scratch Perry. 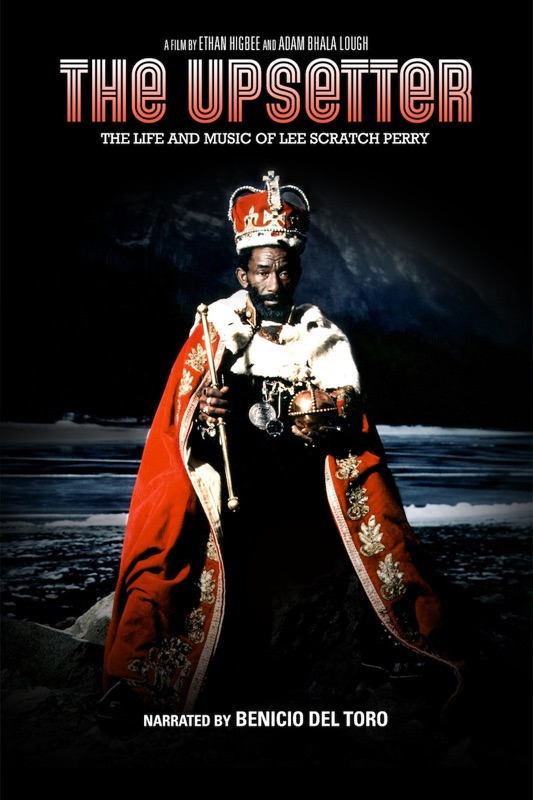