On an island where reggae is considered the voice of the people and an outlet for survival, RiseUp follows three aspiring artists who seek to “rise up” from obscurity for their chance at success. This documentary is unlike any documentary about Jamaica as it takes the viewer off the beaten path far from any tourist attractions and sandy beaches yet still able to capture the beauty and magic that the Irie has to offer. From the deep countryside to the whirlwind ghettos of Kingston, no matter where you are, the film makes it evident that reggae music is the heartbeat of the culture. In a society where talent abounds and opportunity is scarce, RiseUp follows the very different lives of three artists struggling in their own unique way for their big break at stardom. Turbulence, the conscious ghetto youth with enough determination to move mountains; Ice, the young faux-gangster dancehall artist from the upper class; and Kemoy, the beautifully innocent country girl who barely realizes her amazing vocal gifts... all come together as the film seamlessly interweaves their lives behind the backdrop of the bustling underground reggae scene of Jamaica. Five years in the making, RiseUp is able to capture the pure artistry and creativity of these three musicians in raw form while at the same time, able to bring the viewer into their personal lives, inside their most private moments, as they struggle to find their voice and discover their ability to overcome life's obstacles. Beyond these three emerging talents, RiseUp is the ultimate tour guide to Jamaica's underground music community. The documentary goes far beyond the widely known Bob Marley and pop-reggae scene and instead leads the viewers to the island’s dangerous streets, back alleys and pulsing dancehalls, capturing raw talent at its best and revealing into the roots of a world phenomena with all the passion and honesty a camera can capture. With music and appearances by legends Lee "Scratch" Perry, Sly Dunbar and Robbie Shakespeare, and a slew of soon-to-be superstars, RiseUp is a testimonial of what hope and courage can achieve in a land which is largely unseen, but certainly not unsung. Among a number of prominent recognitions, RiseUp has already won the Music Documentary Award at AFI/Discovery Channel’s prestigious SILVERDOCS festival in Washington, D.C. and has traveled extensively to various film festivals and arts institutions throughout the world. Welcome to the Jamaican underground music scene. 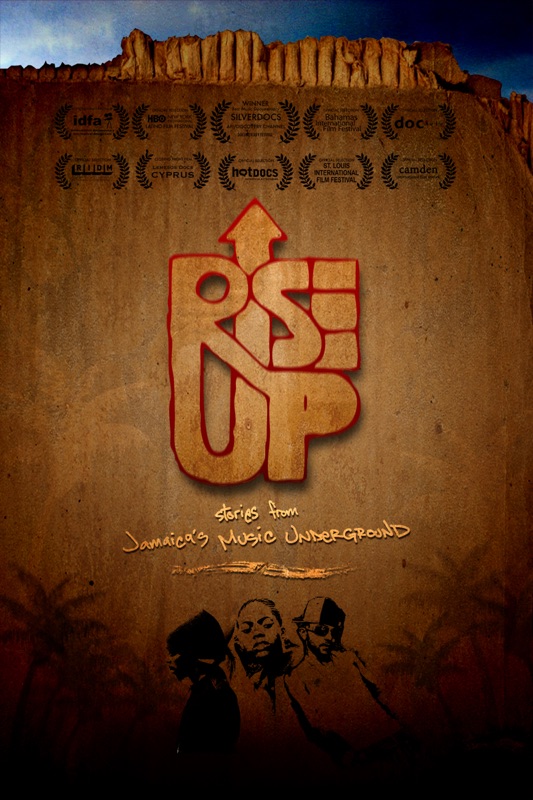