Jethro Tull: Nothing Is Easy - Live at the Isle of Wight 1970

Jethro Tull was formed in the late 60’s and released their debut album This Was in 1968. Led by charismatic frontman Ian Anderson, they have been touring and recording almost constantly ever since, have registered no. 1 albums on both sides of the Atlantic, achieved a succession of gold and platinum discs and won a Grammy award. They remain a massive live draw wherever they play around the world. In 1970 Jethro Tull played the Isle Of Wight Festival in front of 600, 000 people. Earlier that year they had released their third album, Benefit, which had seen the introduction of a full time keyboard player to the band’s line up. The set was drawn from across the three albums with popular tracks such as My Sunday Feeling, Dharma For One, Bourée and Nothing Is Easy and also featured My God, a track that would appear on the following year’s classic album Aqualung, probably their most famous release. Nothing Is Easy is a true concert film, combining the classic performances from the festival with a new interview with Ian Anderson, specially shot for the film, and with backstage footage and original interviews from 1970 with Isle of Wight residents and fans attending the festival. 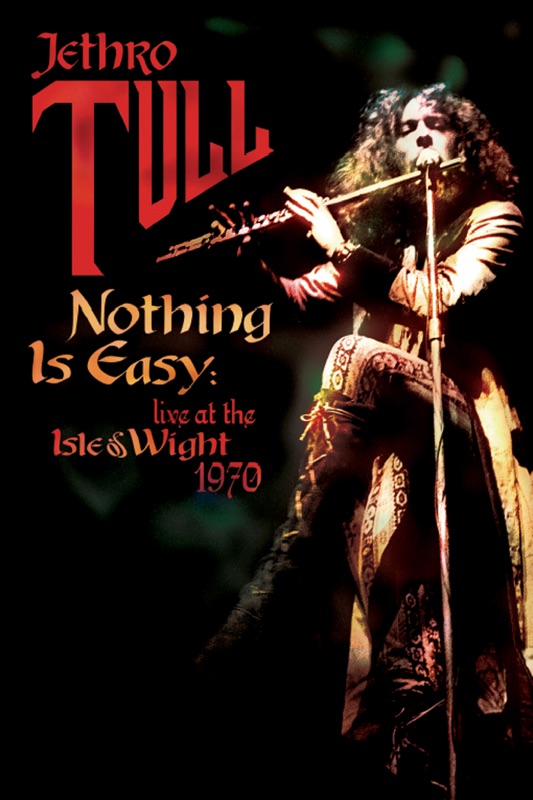