Carlton Fisk waved it fair in 1976, Babe Ruth called his shot in 1932, Boston reversed the curse in 2004, Kirk Gibson hit the Miracle Homer in 1988, Jack Morris out-dueled John Smoltz in 1991, the Yankees threepeated in 2000, and the moments go on and on. It's how many people mark the time of their lives, and now it's time for a 2008 World Series that you can relive forever. MLB.com presents this special area that will be loaded with the full FOX broadcast from each game, so download any or all of them and watch them over and over. You waited all year for this, after all. You probably know every World Series winner by heart for at least the last decade, and maybe a lot longer than that. It's a way of life. So is downloading your favorite shows. Combine two pastimes in one, and celebrate the greatest sporting event of them all here with the 2008 World Series! 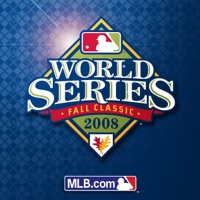